Isabella was very close to her niece, Grace Livingston. She was 24 years old when Grace was born, and she did her best to spend as much time with little Gracie as she possibly could. 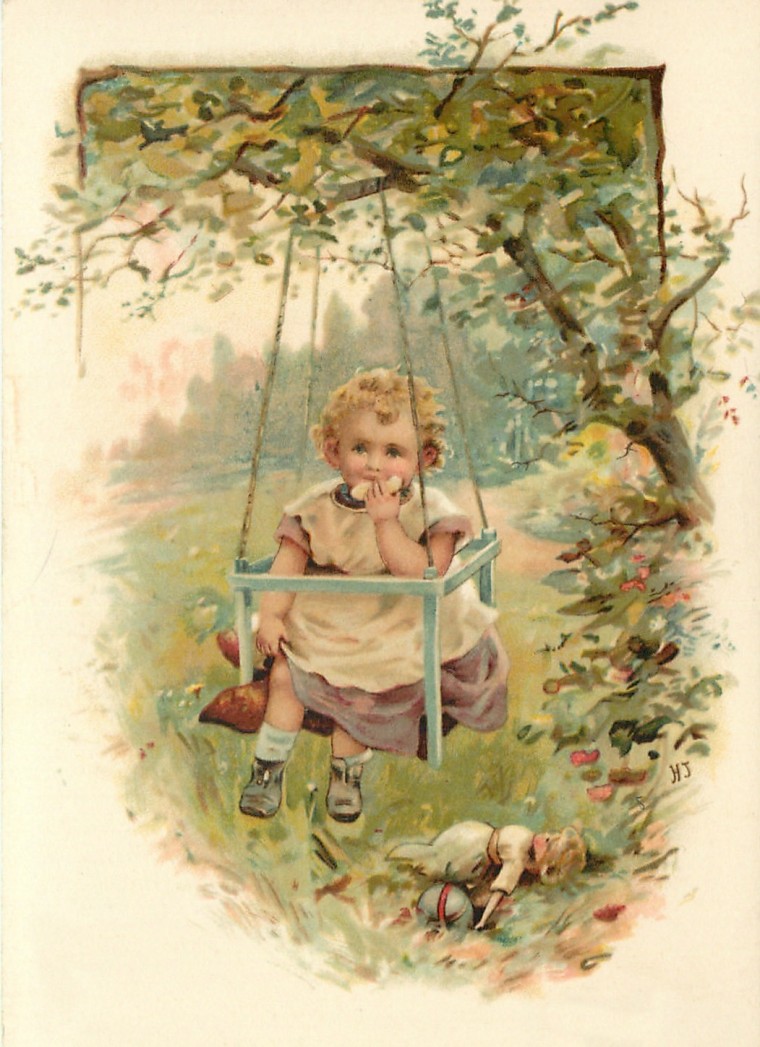 She was especially fascinated with Gracie’s developing personality. When the child was only three years old, Isabella said that Grace was as “full of fun and frolic as a mortal child could be. Oh, the mischief that that morsel could get through in a day! It seemed to me that the little feet and hands and tongue must ache at night; but they were never quite ready to have night come—in fact, as it drew toward bedtime she seemed to have more to do than before, and many a nice plan was spoiled right in the best of it by the call to bed.”

Many times Isabella and her sister Marcia (Grace’s mother) had long talks about Gracie’s willfulness and the odd way she had of looking at the world.

Isabella wrote that when Grace was about three years old, she developed the habit of waking in the morning and announcing her mood. “Gracie is a naughty baby this day.”

She seemed to think that this made everything all right, and nobody had a right to complain as long as she took the pains to explain to them what she meant to do up front.

Isabella wrote, “Sure enough, from morning until night everything went wrong. If she had planned everything that was to happen, with the direct aim of helping her to be a naughty girl, she could not have done it better; so that we grew to dread the days that were begun with that sentence, “Gracie is a naughty baby!” The worst thing about it was her serene unconsciousness of having done anything wrong. Hadn’t she told us that she meant to be naughty?” 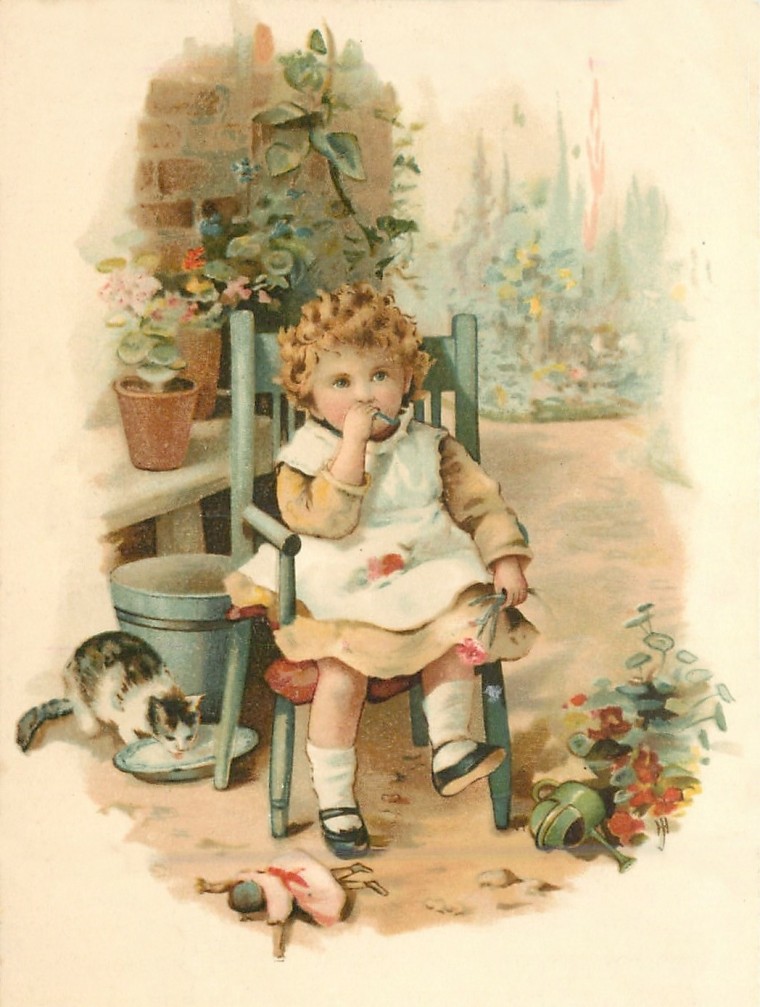 The family looked forward to the days when Gracie would announce, “Gracie is a good girl today!” But those days sometimes seemed few and far between.

“Why can’t you always be such a sweet, pleasant little girl?” Isabella asked after one of Gracie’s sunshiny days.

“Why, Auntie Belle, this is my good day. I’m not a naughty baby today at all. But I can’t always be good, you know.”

Isabella wrote that on one of Gracie’s naughty days, she had got into a great deal of mischief, even burning her finger after getting hold of a candle she knew she was not supposed to touch. Marcia bandaged the injured finger in cotton, while Gracie wailed and cried; then mother and aunt took Gracie upstairs to get her ready for bed. Here, in Isabella’s own words, is what happened when it was time for Gracie to say her nightly prayers: 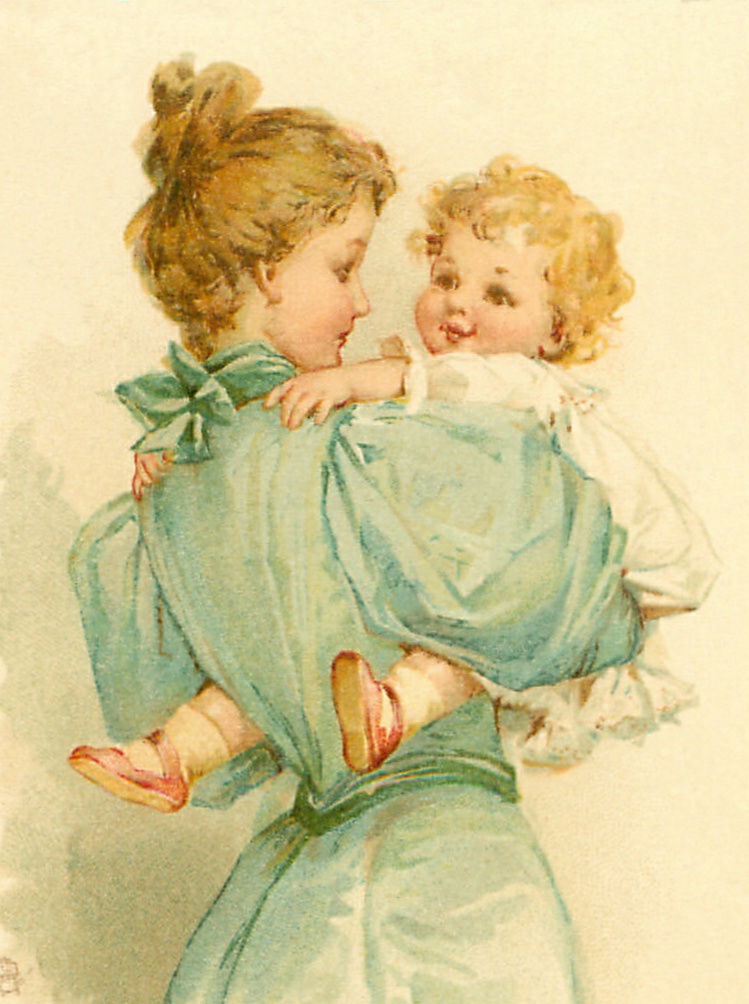 “Well,” Gracie said, looking into her mother’s face, and speaking slowly and solemnly, “I’ve got a good deal to say tonight, haven’t I? Mamma, which do you think is the baddest thing that I did today?”

“I don’t think I can tell,” Marcia said, with a sober, troubled face; “and that isn’t the thing that you are to think about, anyway. It makes no difference which is the worst thing; everything that you knew was wrong to do has made Jesus feel badly, and you want to ask him to forgive you for them all; besides, you want to ask for a new heart, so that you will be willing to try not to be so naughty.” 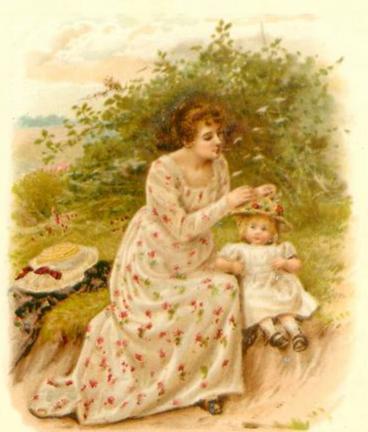 There was never a time in her little life that Gracie wasn’t ready for an argument. She tried to get one up now.

“But, mamma, if I could find out which was the very baddest thing that I did, I could make up my mind that I certainly true would never do that again, and then I would be sure not to be so bad next time. Don’t you see?” 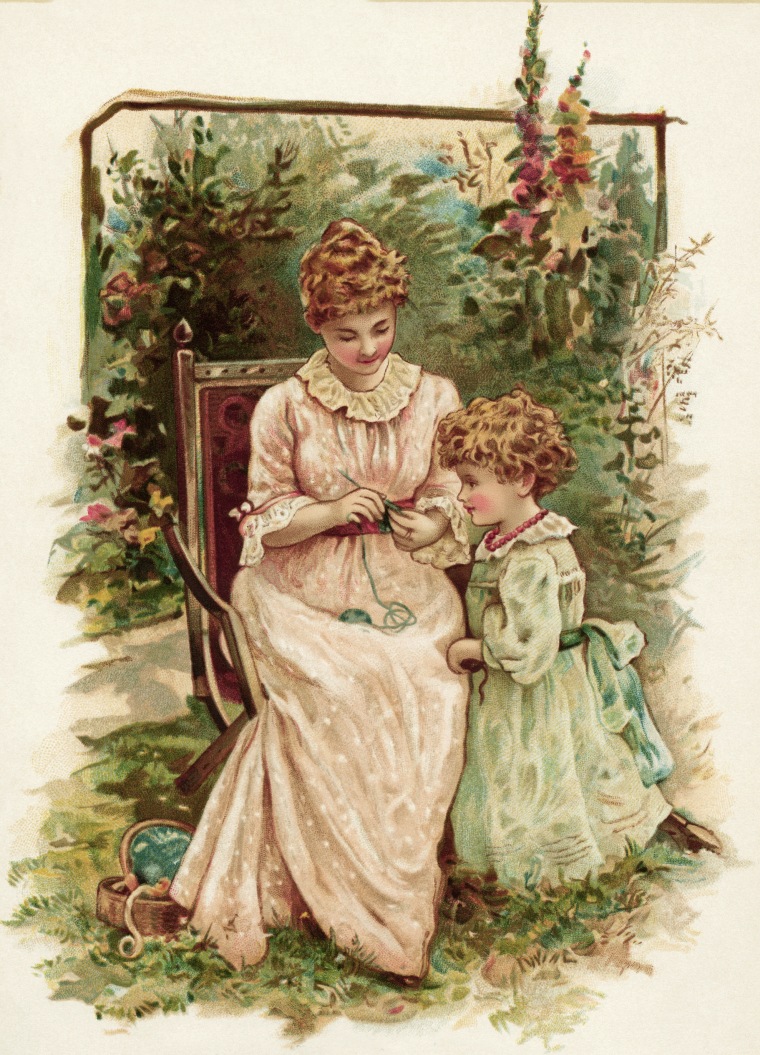 I shall have to confess that I felt very much like laughing. She was such a little bit of a mouse, and she was trying so hard to be wise. But her poor troubled mamma did not smile.

“I see that you don’t know what you are talking about,” she said. “I can only hope that when you are older you will be a great deal wiser.” 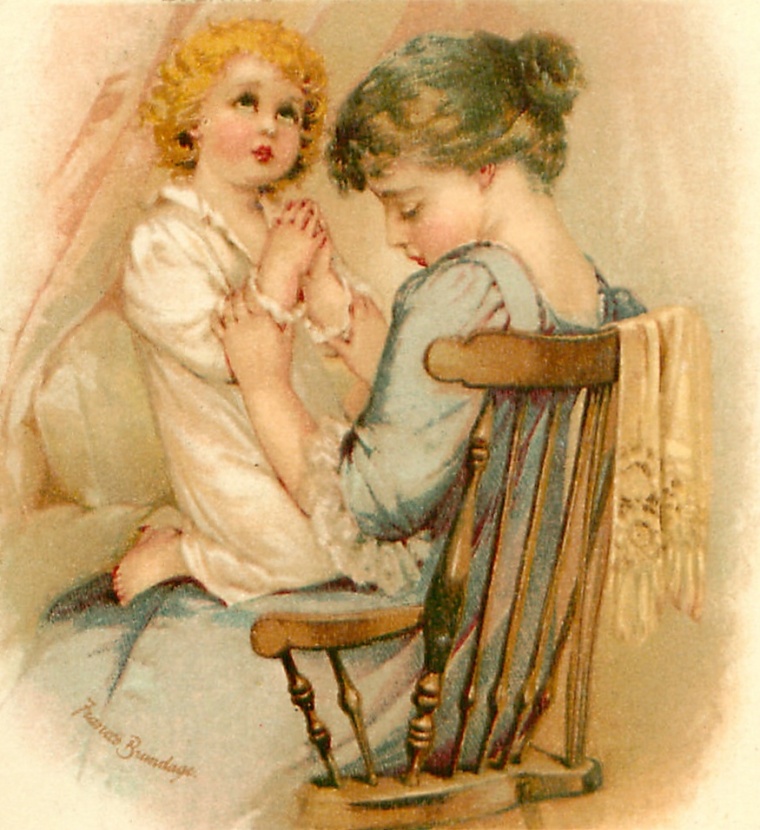 This was certainly hard for a little girl who thought she made a very sensible remark. She gave a little bit of a sigh, and then knelt down beside her mamma. Very slowly and reverently she went through the prayer that I think every little girl in the world must know, “Now I lay me down to sleep.” After the “Amen” she always added a little prayer that she said came right out of her own heart; and tonight it was, “Dear Jesus, please bless Gracie; make my heart not feel so bad; make me feel just as though I was a very good girl, and take away my naughty sins and give me some good sins.” 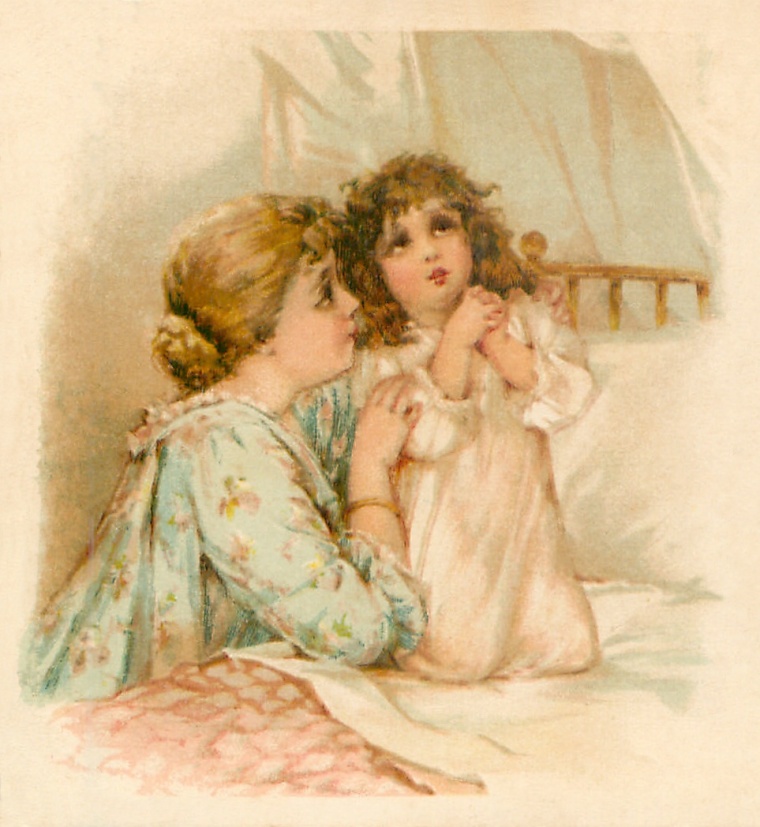 That was really the most that Gracie knew about it. There seemed to be no use in trying to make her understand that everything that wasn’t right was wrong, and that God thought so.

Isabella wrote that Marcia was troubled that her daughter might actually believe there was such a thing as “good sins.” But in her heart, Isabella wasn’t worried. When she looked at Gracie, she saw independence, the ability to reason things out for herself, and a true knowledge of what was right and wrong. She had no fear for Gracie’s future. She knew that Gracie’s parents—and all of the members of their tight-knit family—would raise Grace to be a woman of faith who followed Christ in her everyday life.

You can read more about Isabella and her niece, Grace Livingston Hill, in these posts:

Too Much of a Good Thing