When Isabella Alden wrote Aunt Hannah and Martha and John, she created the character of Martha Remington, a young bride who—through no fault of her own—had never been taught to cook and keep house.

Isabella herself was an excellent homemaker. Her niece, Grace Livingston Hill, wrote that her Aunt Isabella was “a marvelous housekeeper, knowing every dainty detail of her home to perfection; able to cook anything in the world just a little better than anyone else.”

Poor, Martha, however, couldn’t cook at all and her bridegroom, John, suffered through many meals that were overcooked, undercooked, sour, or salty.

Cooking in the late 1800s and early 1900s was truly a skill that was acquired after years of practice. A young woman stood a much better chance of learning to cook from an experienced housekeeper than she did if she tried to learn to cook on her own. 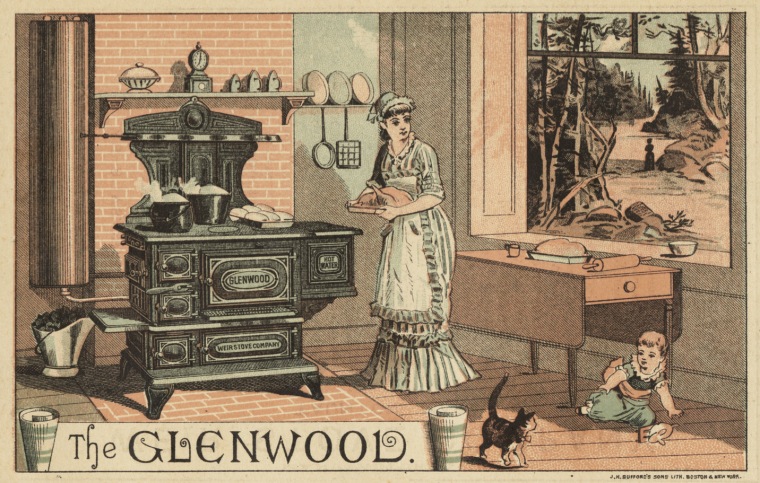 This was especially true because of the stoves and ovens that were available then. They lacked one essential feature we take for granted today: A thermostat.

Ranges at the turn of the 20th Century didn’t have any means for accurately detecting the temperature of their ovens or burners, and they had no dials or knobs to turn heat up or down. Cooks controlled the temperature of the oven and burners by the amount and type of fuel they fed the range. They had to rely on their experience and years of trial and error to determine whether an oven was the right temperature for baking a loaf of bread or roasting a shank of beef.

Cookbooks from the time included recipes with very general terms:

“Heat your oven to a satisfactory degree of heat.”

“Bake in a quick oven for ten minutes.”

With such imprecise instructions, it’s no wonder an inexperienced cook like Martha was so bewildered in the kitchen, and served her husband so many meals that were almost inedible.

Luckily, Aunt Hannah detected the trouble and came to Martha’s rescue, not only as a teacher of the kitchen arts, but as a friend.

Under Aunt Hannah’s gentle tutelage, Martha Remington learned to be a good cook and housekeeper.

And as her confidence in the kitchen grew, so did Martha’s confidence in all areas of her life, as she matured into a caring and capable pastor’s wife.

You can find out more abou

t Isabella’s book, Aunt Hannah and Martha and John by clicking on the book cover.

2 thoughts on “Cooking with Martha”