Today we think of Halloween as a children’s holiday, but in Isabella’s lifetime, celebrations of All Hallow’s Eve focused primarily on teens and adults.

Hay rides, parties, and church socials gave single men and women a chance to mix and mingle and, perhaps, meet the special someone they would eventually marry.

Under the watchful eye of trusted chaperones guests played traditional games that centered around romance and love, fate and fortune.

That was exactly the kind of party Sarah Thompson wanted to attend in By Way of the Wilderness.

As a young school teacher Sarah dedicated her life to educating the children in her small town. Although she very much wanted to attend the Halloween party, she found herself forgotten by her neighbors:

They grew to admiring Sarah, being proud of her, boasting of her among themselves, and letting her alone. The first time they seemed actually to forget to invite her to a Halloween frolic, she cried a little. She had not been to any of the neighborhood gatherings for months, she had been so busy; but to be forgotten!

Why was the party so important to Sarah? Perhaps it was because she had fallen in love with Wayne Pierson, the story’s protagonist. The games that were played at Halloween parties in 1900 (when the book was published) might have helped her figure out if Wayne felt the same way about her.

One of the games that might have been played was a variation of bobbing for apples, where the names of the party-goers were scratched into apples before they were placed in separate tubs of water (boys’ names in one tub; girls’ in the other). The apple each guest caught—without using their hands, of course—would name his or her true love.

Sometimes they hung an apple from the ceiling or door frame, and balanced it with a lighted candle. The first person to catch the apple in their mouth (without getting singed by the flame!) would be the first to marry.

In another traditional game a young woman who wanted to know her future husband’s name had to be handy with a knife.

If she could peel an apple or orange in a single, long, winding strip and toss it over her shoulder, the peel would land on the floor in the form of the initial of the man she was to marry.

Players also used walnuts to guess the names of their spouse to be. After writing the names of the guests on walnuts, each person took turns throwing two walnuts into the fire. The walnut shell that cracked first from the heat signified the name of the person they’d marry.

When it came time to serve refreshments, party guests gathered to slice the Halloween cake, which was baked with charms in it. A guest who got a slice of cake with a coin in it could expect a life of wealth; a key meant travel; and a doll meant children. Of course, a ring found in a slice of cake always meant marriage.

Another game was “Bowls of Fate,” where three bowls were filled with colored water: red for good fortune, blue for a trip across the water, and clear for an upcoming honor. Blindfolded guests took turns dipping a hand in one of the bowls (which were rearranged after each person) to learn what their future held.

In other games, mirrors and candles served as props. One variation was for women with strong wills; they walked down the cellar steps backward, with a mouthful of salt, a candle in one hand, and a mirror in the other. If she performed the ritual correctly, the young woman should see the image of her future husband over her shoulder in the glass.

In a variation, at the stroke of midnight a young woman or man had to go to their bedroom with a candle and mirror. If they held both objects correctly and at the right angle, they would see the face of the person they’d marry.

With so many traditional games to play on Halloween, it was no wonder Sarah Thompson was disappointed to realize she would not be attending any Halloween parties.

If you’d like to know if Wayne Pierson ever returned Sarah’s love, you can read By Way of the Wilderness by clicking here. No candles or mirrors required!

Have you ever bobbed for apples or played a variation of any of these Halloween games?

This looks like fun! Have you ever been on a hay ride? 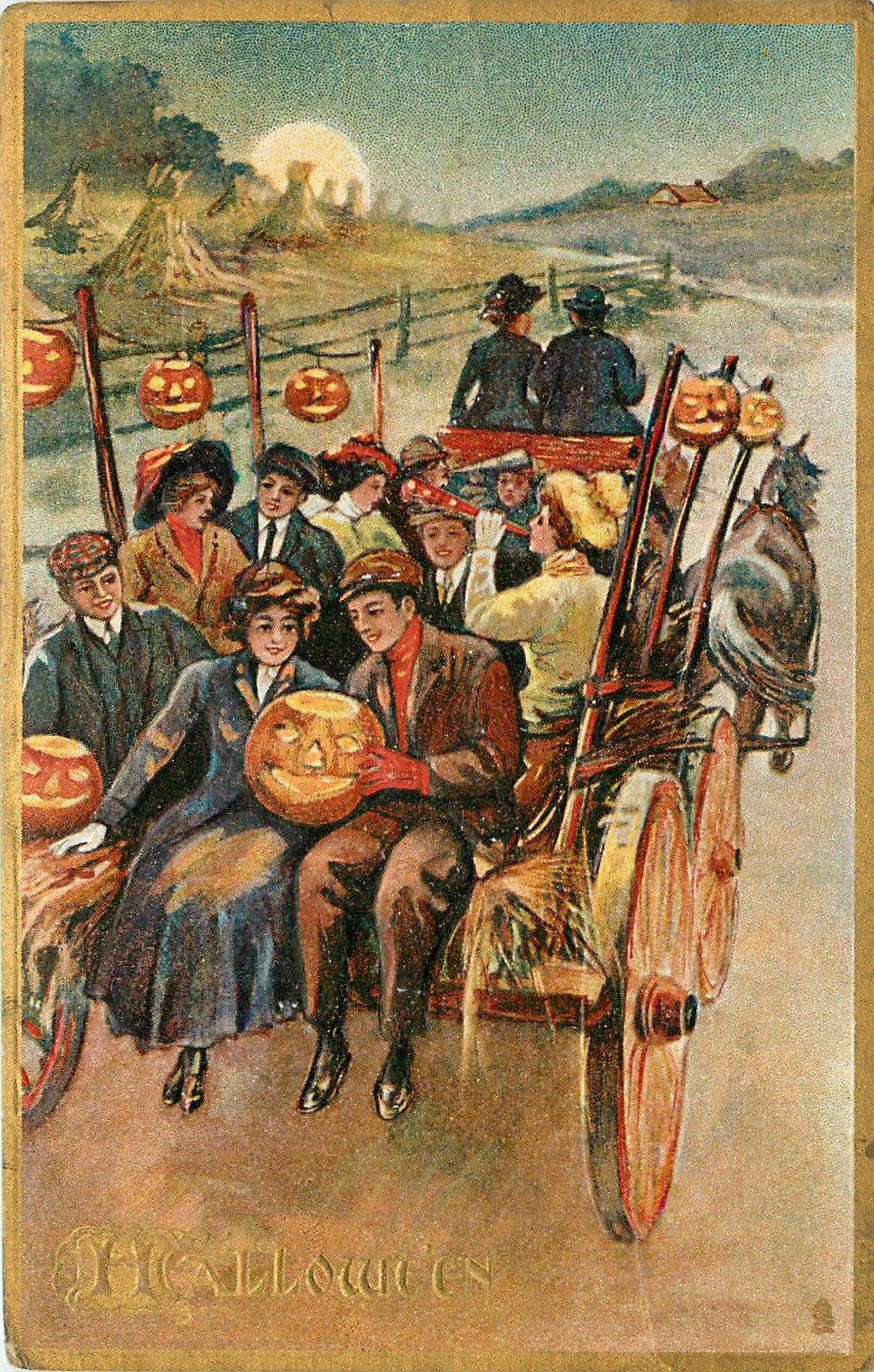