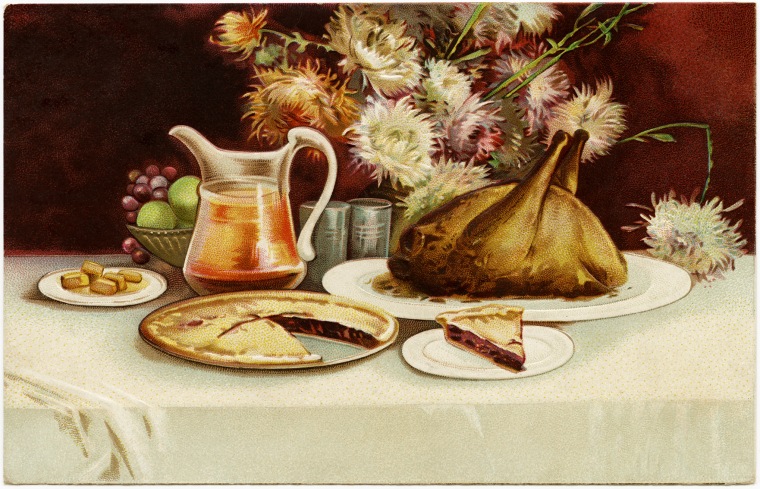 She was 22 years old at the time, and living with her older sister Marcia and brother-in-law Charles, while Charles attended Auburn Theological Seminary.

That year Marcia and Isabella prepared the family’s Thanksgiving feast, and Isabella was responsible for baking the pies. She wrote:

My mother was a wonderful cook, and her pumpkin pies were especially renowned, but I, her youngest daughter, had been busy since very early in life in other places than the kitchen, and knew almost nothing about cooking.

Despite her doubts, Isabella’s pies were a success, and Charles declared:

“Upon my word, I believe this pumpkin pie is every bit as good as our mother can make. And we three know that there can’t be any greater praise for pumpkin pie than that!”

When they’d finished eating and had cleared away the dishes, Charles suggested they ask some of his fellow seminary students to come in and share their cheer.

Charles soon returned with one lonesome stranger in tow. Isabella described her first impression of their guest:

He looked uncommonly tall to me, and he certainly liked pumpkin pie. My sister had no difficulty in persuading [him] to take another piece. Also, there was much fun over the fact that these were the very first pumpkin pies I had ever made.

They spent an enjoyable evening together, unaware of how great a role their guest would play in their futures.

That lonesome stranger who ate my first pumpkin pie was the man who afterward became my husband!