An 1894 issue of the Christian Intelligencer printed this letter from a young reader of the magazine:

“We have a league in our school; perhaps you have heard of it before? It is called the Anti-Cigarette League. I am a member of it.  Arthur Brown.”

When Isabella Alden saw that brief letter, she took up the cause of promoting the Anti-Cigarette League to young readers of her own magazine, The Pansy.

Smoking among boys—and even some girls—was not uncommon in the late 1800s. Cigarettes were readily available and manufacturers targeted their cigarette ads directly at children.

They were inexpensive, too; cigarettes made of inferior tobacco and paper sold for mere pennies, and some saloons and retailers gave cigarettes away to children so they would become addicted and return to purchase more.

Isabella was disgusted by such practices and wrote an article on the topic that appeared in Christian magazines, including The Pansy. Her opening paragraph was powerful:

This is a startling name which a prominent New York physician gives to the cigarette. He describes the vile thing as made of tobacco soaked in nicotine, which has in it several other deadly poisons. Even the paper in which it is wrapped is whitened with arsenic. He declares that the lists of deaths found daily in our papers, caused by “heart-failure,” ought most of them to read, “caused by cigarette smoking.” 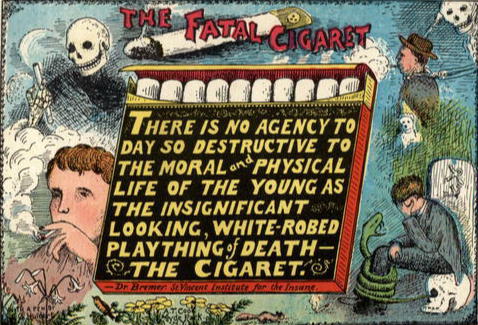 But Isabella was convinced cigarette smoking was dangerous, especially for growing boys. She wrote:

One cannot walk the streets of any town or village without having cigarette-smoke puffed in one’s face, from the lips of mere boys.

She felt it was her duty to explain to parents the risks of smoking for children, and she didn’t shy away from using her pen to spread the word.

In The Hall in the Grove, Isabella described the character Paul Adams this way:

To put it in brief: at the time our story opens, Paul Adams was an ignorant, good-natured, tobacco-chewing, cigar-smoking street loafer. He smoked cigars when he could get them. Not that he began by being particularly fond of them—in fact, he found it unusually hard work to learn. He had to devote to this accomplishment the courage and perseverance that would have told well for him in other directions; but it is a taste that once acquired a boy will gratify if he can.

In Chrissy’s Endeavor, Chrissy Hollister learns her own brother Harmon is heading down a dangerous path, when his health begins to fail. Chrissy’s father gives her the bad news and asks her to “get such an influence over Harmon as would induce him to give up late hours, and late suppers, and cigarettes.”

The Women’s Christian Temperance Union, of which Isabella was an active member, used their regular weekly newspaper columns to warn parents of the perils of tobacco.

By the early 1900s the tide shifted; the public and the medical community began to reconsider the effects of smoking on health. Although the tobacco companies continued to glamorize cigarette smoking, churches and communities banded together to raise public awareness about the dangers of smoking. They petitioned lawmakers to enact legislation to eliminate tobacco sales and ran articles and warnings in newspapers across the country.

Schools began educating children about the dangers of smoking and found unique ways—like this essay contest—to drive the lesson home:

These efforts—and millions more like them—laid the foundation for the regulations and laws we have today that prohibit cigarette companies from selling and marketing tobacco products to children.

Would you like to learn more? Stanford School of Medicine researched the impact of tobacco advertising. Click here to see more examples of tobacco company advertising.

You can also click here to see vintage advertising from the late 1800s and early 1900s on Isabella’s Pinterest board.

Isabella Alden has a new Pinterest board for you to view: Vintage Advertising is a collection of trade cards, magazine ads, and newspaper advertisements for products that were available to consumers during the years Isabella wrote and published her books.

Many of the advertising images date from the 1890s to the 1920s. Some feature simple illustrations (like the 1916 Cuticura Soap magazine ad above), while others are colorful, detailed works of art. 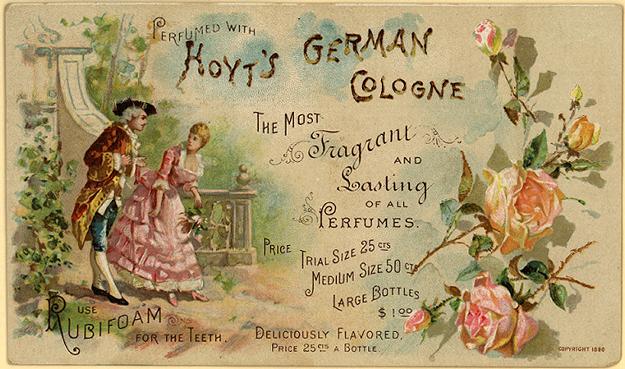 Altogether, they provide a glimpse into what life was like for Isabella Alden and the characters she brought to life in her books.

This early Kodak magazine ad from 1916 was one of the first of its kind to be printed in color.

The trade card below for Dr. Batty’s Asthma Cigarettes harkens back to a time when people believed smoking cigarettes could cure asthma. Interestingly, the trade card suggests children under the age of 6 should not smoke the cigarettes (suggesting that children as young as age 7 could!).

Please stop by Isabella’s new Pinterest page. New images are added frequently so be sure to follow her board or visit often.