Julia Ried (in Isabella’s novel of the same name) had ten dollars with which to purchase Christmas gifts for her family and friends.

She knew exactly what she wanted to give her mother, sister Sadie and brother Alfred for Christmas; and since this would be her first Christmas away from home, she even thought out how she would ship the gifts to her family:

I had packed them in imagination in a neat little box, and written the accompanying letter scores of times.

In our modern world, ten dollars doesn’t seem like a lot of money, but in 1873, when Julia Ried was published, those ten dollars went much further than they do today.

For example, Julia could purchase a set of six handkerchiefs to give to Sadie at a cost of only thirty cents: 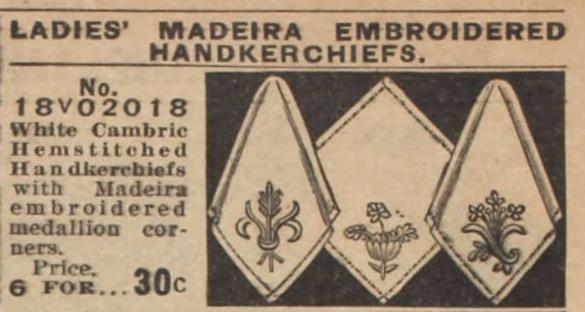 And since a lady could never have enough handkerchiefs, Julia might instead have opted to give Sadie a dozen of them (with fancy colored borders) at a cost of just 48 cents: 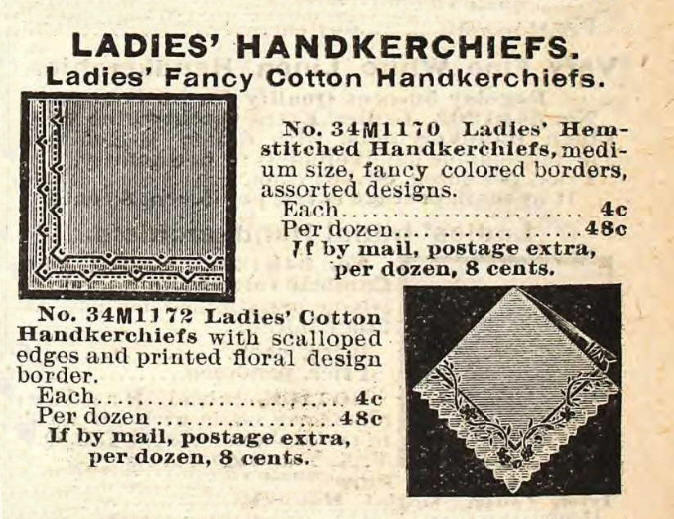 Or, Julia might have purchased for Sadie a knitted cap and scarf set, since such sets were just as popular in the late 1800s and early 1900s as they are now.

For Alfred, Julia might have purchased a new shirt to wear to his job as a store clerk (or even two shirts at these prices):

This full-page newspaper ad from 1912 illustrates other affordable gifts Julia might have chosen for Alfred, from a sturdy pair of gloves to a warm sweater to a new cap (click on the image to see a larger version): 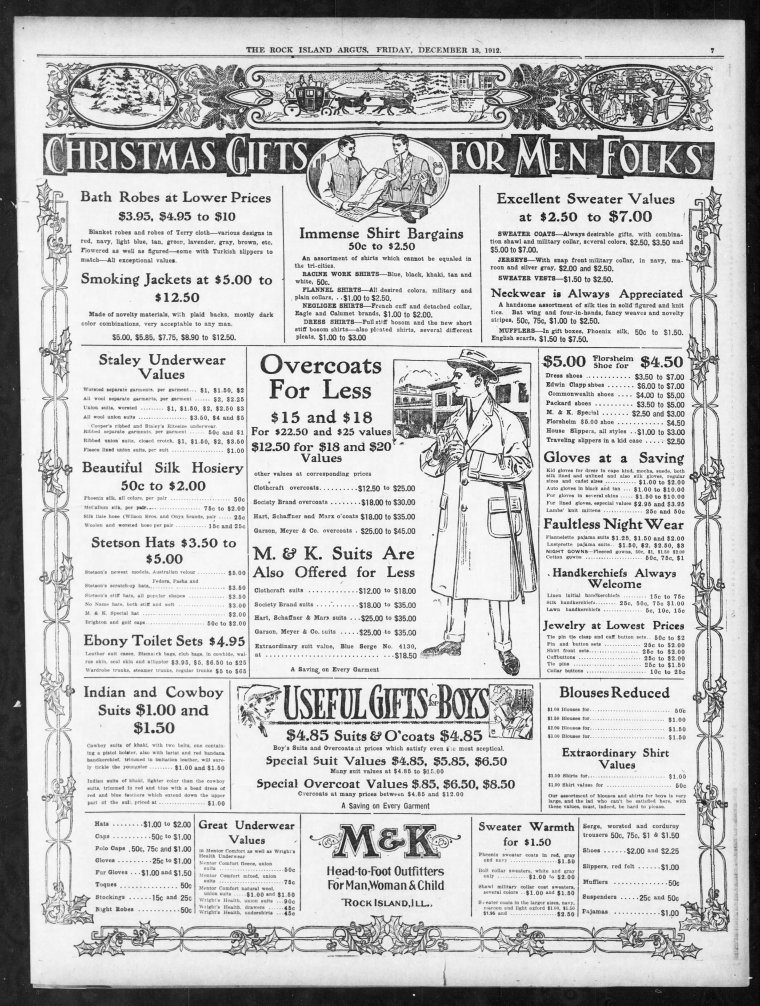 When it came to selecting a gift for her mother, Julia knew no ordinary gift would do. She wrote:

Dear mother, she seemed to think that her first and greatest duty in life was to toil for and spare her children. Patient, faithful, tender mother! Tonight, as I recall her sweet, pale, tired face, I can think of no frown of impatience or anger that ever marred its sweetness. I can think of nothing left undone, that she could do, to smooth the path in which her children trod.

Clearly a special gift was in order for Mrs. Ried. A very pretty sewing box, covered in a sturdy but lovely patterned fabric (called “cretonne”) might have been the perfect gift:

Or she might have chosen for her mother a lovely ladies’ hat pin to add some sparkle to her life:

All of these would have been thoughtful gifts for Julia to send home to her family; but …

If you have read the book, you know that that Julia succumbed to an entirely different temptation when it came to spending her ten dollars—a temptation that left her with no money to buy gifts she wanted to give her family!

As the characters in Isabella’s novels so often did, Julia Ried had to learn many lessons about the dangers of peer pressure and placing trust in the wrong person—lessons that are just as relevant today as they were in 1873.

What do you think of the Christmas gifts in these ads from the late 1800s/early 1900s?

Which gifts would you purchase to give loved ones?