Benjamin Franklin, renowned scientist, inventor, and raconteur, was the only person to sign all three key documents in the creation of the United States of America:

Fellow patriot John Adams believed Franklin was “second only to George Washington in his importance in securing the victory of the United States” over England.

In 1900 artist Jean Leon Gerome Ferris completed his famous painting of Franklin reviewing a draft of the American Declaration of Independence (with John Adams and Thomas Jefferson looking on).

There are many books and films that chronicle Franklin’s efforts and tremendous contributions to the birth of the United States. What better way to mark the 240th anniversary of our country’s founding than to learn more about the sacrifice and determination of one of the key figures who created this great nation? Here are some ideas to get you started:

Watch this 90-minute film about Franklin’s efforts to bring about American independence:

Read this best-selling biography of Franklin: 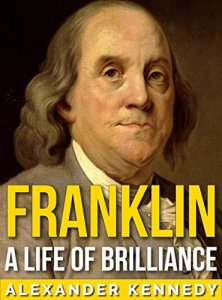