It’s that time of year again, when Americans turn their clocks forward one hour.

The original Daylight Savings law was first enacted in the United States in 1918 when Isabella was 77 years old. In the years before it became law, proponents of the bill had to sell the idea to the American public. For years lawmakers and lobbyists ran ads and articles in newspapers and magazines to tell Americans how good life could be if they just turned their clocks ahead one hour.

Sometimes the ads highlighted how a longer day would benefit the simple things in life:

Often when I get my evening paper it is too dark to read, but— 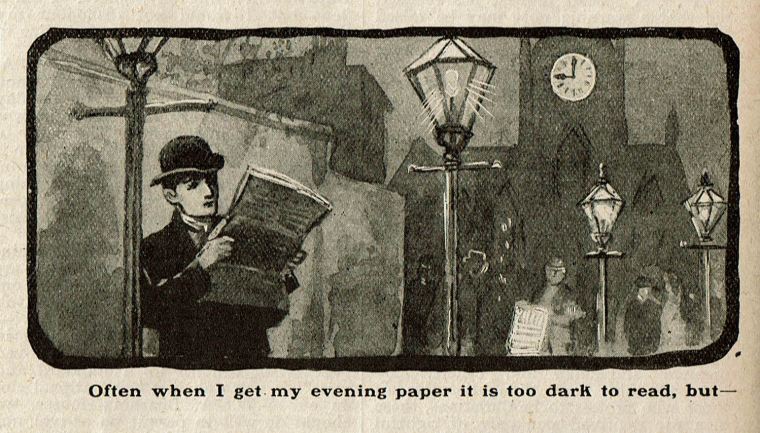 —the new Act will give daylight for Tennis in the Park. 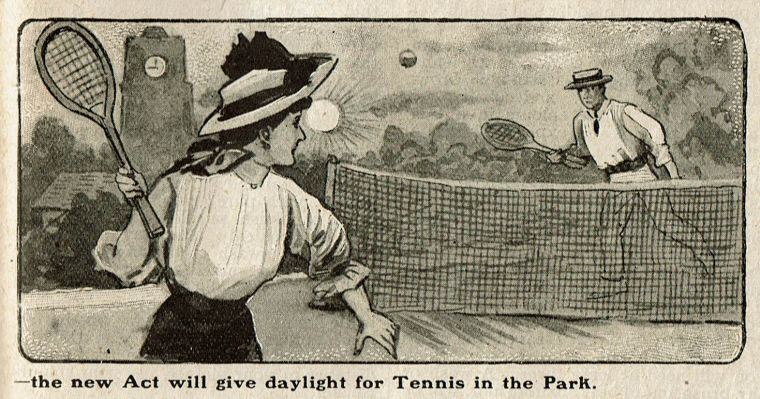 Backers of the bill encouraged average Americans to “think of evening walks in the park, or games out of doors, instead of being indoors, with only gas or electric light.”

Even in Summer we have to light the lamp about 9 p.m., but—

—in future it means motoring by daylight the whole evening. 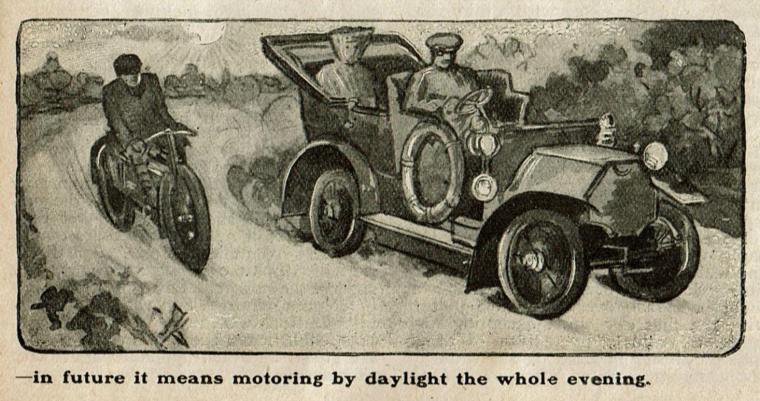 The scientific community liked the idea, too, and pointed out the advantages one additional hour of recreation would have on school children, and the effect it would have “in the preservation of eyesight.”

All the ads and arguments worked; Congress enacted the Daylight Saving Time law on March 9, 1918, and Americans have been arguing about it ever since!

Do you like Daylight Savings Time? What do you do with your extra hours of sunshine?

Don’t forget to turn your clocks ahead on Sunday, March 14!

5 thoughts on “An Extra Hour of Sunshine”