In the early 1900s Isabella wrote a regular column for a Christian magazine in which she answered reader letters and offered advice—from a Christian perspective—on a variety of subjects.

The column gives us a wonderful insight into Isabella’s personality and her plain, straightforward manner of communicating.

In one of her 1911 columns, Isabella shared this letter from a reader named Nannie:

I want to have a little talk with you about what will seem to you, I suppose, a small matter, but it is giving me a good deal of trouble.

Do you think it is wrong to wear any kind of jewelry? I have a very dear friend who has given me a gold ring with a pearl in it, and I want to wear it; chiefly for the friend’s sake, although I do think it looks pretty on my hand. But my aunt, with whom I live, is a very religious woman, and she thinks it is wrong for me to wear rings; she says it is going contrary to plain Bible commands, and she quotes that verse about braiding the hair and wearing jewels of gold. Now, is she right? Is it wicked to curl my hair, for instance, when it is less work to curl it than to keep it smooth? And to wear my dear ring that I have promised to keep forever?

I want to be good, but— Can God care about such trifles? My aunt says that my dear dead mother thought just as she does about these things, and that I am showing disrespect to her memory. But my mother did not seem like that to me; she used to trim my little dresses, and she curled my hair around her finger. She died, though, when I was eight, and now I am eighteen. Will you tell me if you think I am wicked?

My Dear Nannie:
What a deal of trouble! Five questions, are there not? But they all hover about one central thought. Let us look at them separately.

“Do I think it wrong to wear jewelry?” No; if I did, I would not wear it. I have worn my wedding ring for more than forty years, and it is dearer to me, I dare to think, than even your pearl one, so, you see, I can understand your feeling. I pin my collar with a gold pin as naturally as I comb my hair, and find it vastly more convenient than a common pin would be. I wear my watch whenever I think a watch will be a convenience; and there are sundry other trifles that would come under the general head of jewelry which I call into service from time to time. All this is an easy way of stating my position. Quiet, unostentatious pieces of jewelry, keepsakes, or conveniences, or those articles that custom has made symbolic, like engagement and marriage rings, are, in my judgment, entirely appropriate for Christians to wear.

It is an altogether mistaken idea that to be religious one must cease to love the beautiful. Do you remember the lines in Mary Howitt’s verses on beauty?

God might have made the earth bring forth
Enough for great and small,
The oak tree and the cedar tree.
Without a flower at all.

The Bible verse to which you refer has caused trouble for a few conscientious people because they do not understand its environment. Study the times in which Peter wrote those words, and the fashions that were then in vogue if you want to get the spirit of his advice. Take note that it is advice, and not command. Peter is really making a comparison between two classes of ornaments—the outward and inward—and urging upon Christian women to give their attention to the latter. By way of illustration he mentions the plaiting of hair which was at that time carried to such wild excess.

Notice, too, Peter’s next phrase after mentioning the wearing of gold, “or of putting on of apparel.” Our literal friends who frown upon even the plain gold ring would surely not have us go a step farther in literal interpretation and refuse to wear clothing! I speak of this only to show you how easy it is to become absurd, even in our interpretation of Bible words.

“Is it wicked to curl your hair?” Why, child, according to your own statement the Lord has done this for you. My own opinion about it is, that so far as you and God are concerned you have a perfect right to arrange your hair in the way that you consider most becoming to you, provided it does not require an unreasonable expenditure of time or means to do so. Other things being equal, this would be a fair rule to go by.

“Can God care about such trifles?” My dear, you are speaking of the One who said: “Even the very hairs of your head are all numbered.” There are no “trifles” in his sight. Yet I am glad to believe that he does care in the way you are thinking of it, and that he does care in a very real and helpful sense, even for rings and curls.

Now, having made all these admissions and proved myself to be clearly on your side, suppose we go back and consider the entire question from another standpoint.

Did you take notice, back there, of that somewhat obscure phrase “other things being equal,” and wonder what in the world I meant? Let me see if I can explain. A word about that dear aunt who does not think as you do. Of course, she is much older than you. As I understand it she is trying to fill the place of mother to you; you live with her; that is, she has made a home for you. Then what do you owe her in return? You want to “be good”; this is no trifle. To be good is almost the greatest thing in the world, and to want to be is one step toward it; be sure God cares for this. What has God said about those who stand as parents? “Honor” is a great word, comprehensive and far reaching; also, it is practical. 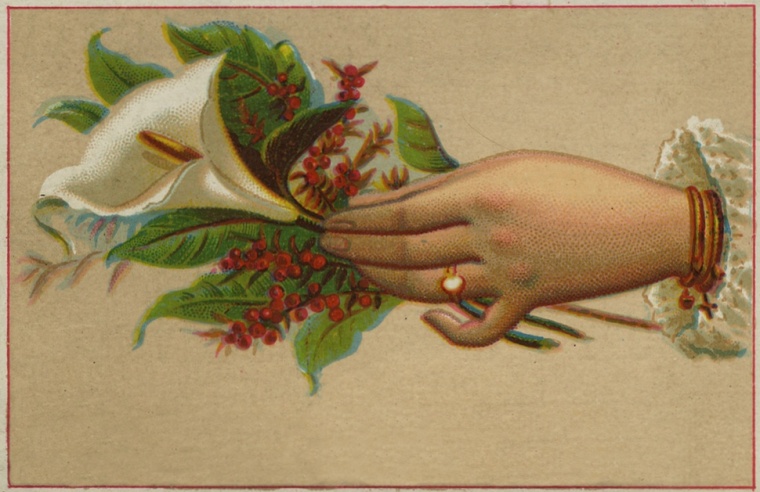 “Here, for illustration, is a ring, a lovely ring with a pearl in it. The ring is mine and I want to wear it. And here is God, interested in me, and in my ring. Does he think it wrong for me to wear it? Other things being equal, no. But here is my aunt, she thinks it wrong; she thinks that God thinks so; to have me wear it would hurt her. Would it hurt me not to wear it? That is, do I believe I would be doing wrong?”

Ah, now you have reached a question that you, that the individual conscience, must answer for itself. The illustration is only to clear the way for thought: all these questions, whether rings, or curls, or what not, swing on the same hinges.

“Ye have been called unto liberty.” said one, “only, use not liberty for an occasion to the flesh, but by love serve one another.” 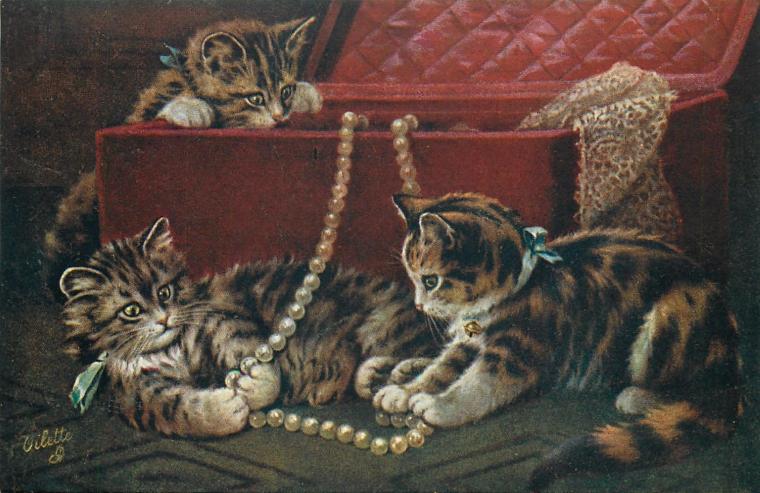 What do you think of Isabella’s “advice column?”

Do you think she gave the right advice to Nannie?

6 thoughts on “Advice to Readers about Ornaments”