Today women across America are celebrating a major anniversary!

One hundred years ago—on August 18, 1920—the 19th Amendment to the U.S. Constitution was ratified, granting women the right to vote.

Isabella was a long-time advocate for the women’s vote, and even mentioned the subject in her books. 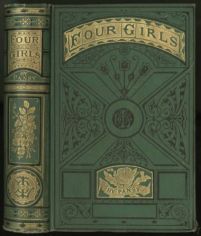 For example, in her 1876 novel Four Girls at Chautauqua Miss Eurie Mitchell was thrilled to attend a lecture by Dr. John Vincent, saying:

“Girls, look at Dr. Vincent! I declare, Chautauqua has paid, just to watch him! He ought to be the president himself. I mean to vote for him when female suffrage comes in.”

“I am nothing but an old maid, Mr. Durant; haven’t even a husband to talk for me, or vote for me; which perhaps is fortunate, for ten chances to one that he would talk and vote the wrong way, if I had.”

And in 1879’s My Daughter Susan, Susan Carleton encouraged the women of her church to join the Temperance movement, saying:

“I wear a blue ribbon on my watch chain, and a white one on my muff, or fan, or whatever happens to be convenient. I’m a crusader, and a no-license woman, and I will be a voter, on that subject at least, if I ever get a chance. I’m anything, and everything.”

Isabella was something of a crusader, too. She was an active member of the Women’s Christian Temperance Union, and actively supported the prohibition movement. She strongly believed that if women won the right to vote, they would vote to enact a nation-wide prohibition law. And she was right.

Suffrage wins in Washington, California, and Oregon paved the way for hard-fought victories in Arizona, Kansas, Nevada, and Montana.

By the end of 1914, more than four million women had voting rights equal to men in eleven states, all in the West; but they could not vote in national elections. 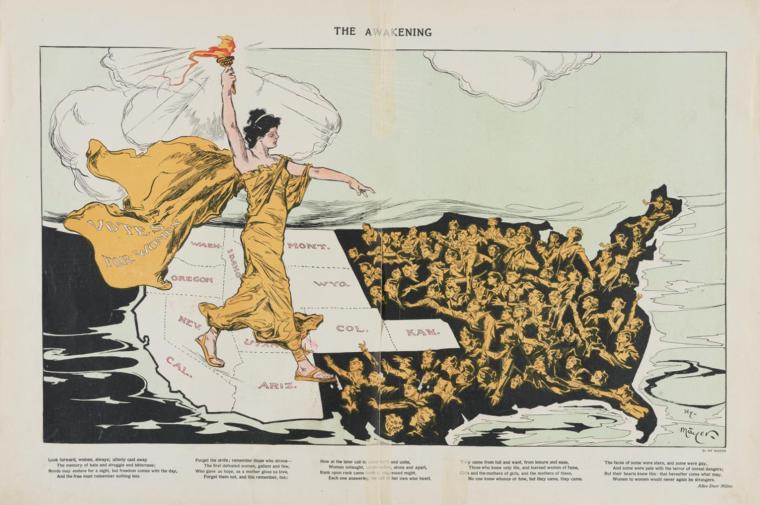 In 1911 when women gained the vote in California, Isabella was a resident of that state. Here’s Isabella’s name (along with the names of her husband, her son Raymond and daughter-in-law Barbara) on the 1916 list of California registered voters. You can see she claims affiliation with the Prohibition Party.

With western states leading the way, support for suffrage continued to gain momentum , as more and more women and men joined the movement. By 1919 enough States supported the Amendment to qualify it for a vote.

On June 4, 1919 Congress sent the proposed 19th Amendment to the Constitution to the individual states for ratification. Wisconsin was the first state to ratify the Amendment on June 10, 1919.

On August 18, 1920 the state of Tennessee ratified the 19th Amendment, ensuring the right to vote could not be denied based on gender. Four days later, with the stroke of Tennessee Governor Albert H. Roberts’ pen, the eighty year struggle was over.

Despite her own involvement and efforts, Isabella didn’t mention the historic day in her memoirs, but she must have been proud to see women across the country gain the right to vote in local, state, and national elections.

If you haven’t yet read My Daughter Susan, you can read it for free! Just click here to begin reading.