Have you read The Story of a Whim by Isabella’s niece, Grace Livingston Hill?

It’s a tale about mistaken identity, good intentions, and false assumptions. It’s also a story about the power of God’s healing love when we need it most.

The Story of a Whim was first published in 1903; then, in 1924 publishers J. B. Lippincott reprinted the novel for a whole new generation of readers.

To celebrate the re-release, Lippincott promoted both the book and the author to newspapers across the country.

Here’s one of those articles; it appeared 95 years ago in the Oakland Tribune (California) on Sunday, November 23, 1924, and summarized the plot of the novel very well: 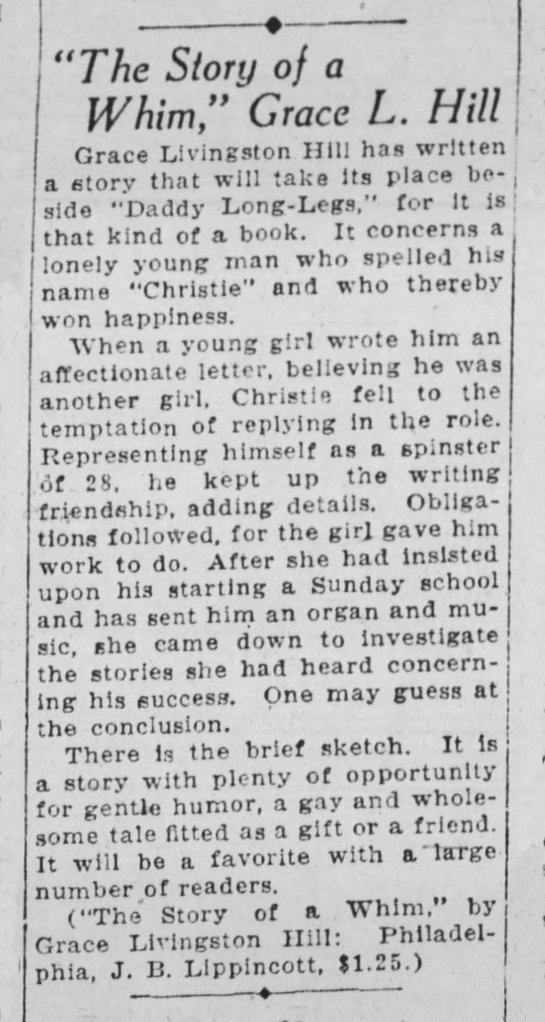 Grace Livingston Hill has written a story that will take its place beside “Daddy Long-Legs,” for it is that kind of book. It concerns a lonely young man who spelled his name “Christie” and who thereby won happiness.

When a young girl wrote him an affectionate letter, believing he was another girl, Christie fell to the temptation of replying in the role. Representing himself as a spinster of 28, he kept up the writing friendship, adding details. Obligations followed, for the girl gave him work to do. After she had insisted upon his starting a Sunday school and has sent him an organ and music, she came down to investigate the stories she had heard concerning his success. One may guess at the conclusion.

It is a story with plenty of opportunity for gentle humor, a gay and wholesome tale fitted as a gift or a friend. It will be a favorite with a large number of readers.

The article was accompanied by a very nice photo of Grace: 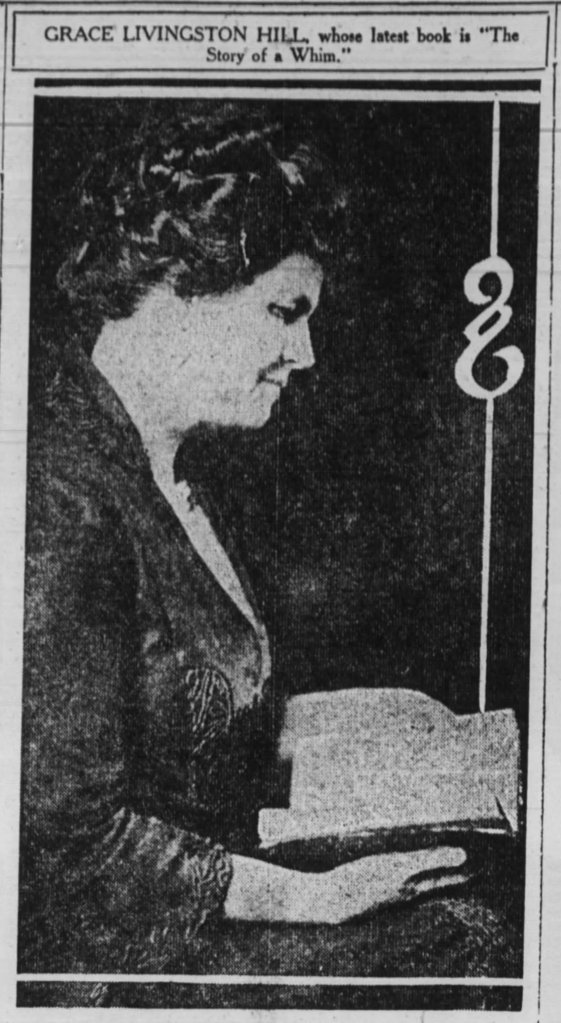 That was 95 years ago! And readers today are just as enthusiastic about Grace’s “gentle humor” and “wholesome tales” as they were when her novels were first published.

Have you read The Story of a Whim? What do you think? Did the newspaper give an accurate summary of the book’s plot?

2 thoughts on “GLH and The Story of a Whim”