Thumb through the pages of almost any ladies’ magazine printed before 1906 and you’ll undoubtedly find an advertisement for Lydia Pinkham’s Vegetable Compound. 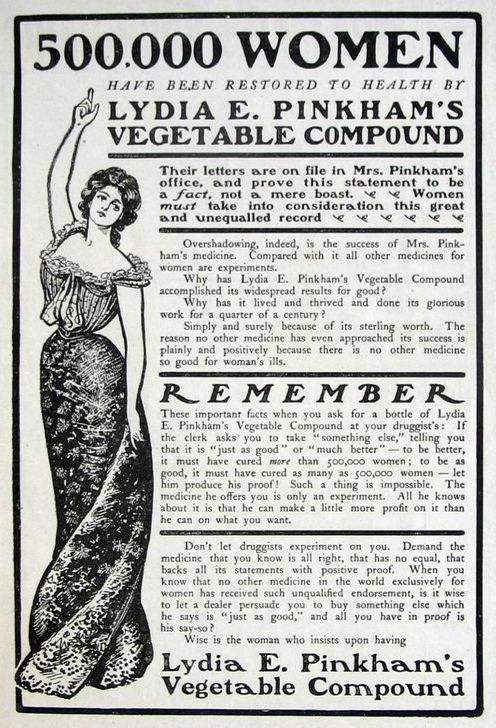 Lydia Pinkham’s products—in pill and liquid tonic form—were the “go to” cure-alls for generations of women.

The principal ingredients of Lydia Pinkham’s Vegetable Compound were licorice and alcohol (anywhere from 18-20%), so it wasn’t taste that drove women to consume the product in record numbers.

It was, instead, Lydia Pinkham and her incredible marketing skills that turned her home-made tonic into a multi-million dollar business in less than ten years.

Timing also played a role in Lydia Pinkham’s success. In the late 1800s mainstream medical science spent little time studying female anatomy; and strict standards of modesty ensured that generations of women were woefully ignorant about their own bodies and how they functioned.

Enter Lydia Pinkham, who established herself as a kindly grandmother who patiently and delicately taught ladies about menstrual cramps, menopause, and everything in between.

Labels for her products bore her likeness. Her pills and tonics promised to cure menstrual cramps, correct a prolapsed uterus, reverse diseases of the ovaries, and chase the blues away.

She gave away millions of free “educational” pamphlets, with topics covering sewing, cooking, history, and women’s common health issues; throughout each publication, the benefits of Lydia Pinkham’s products were extolled and promoted.

This example of the company’s “Famous Women in History” pamphlet included several typical “testimonials” used in many Lydia Pinkham ads. Click on the cover to view the entire pamphlet. 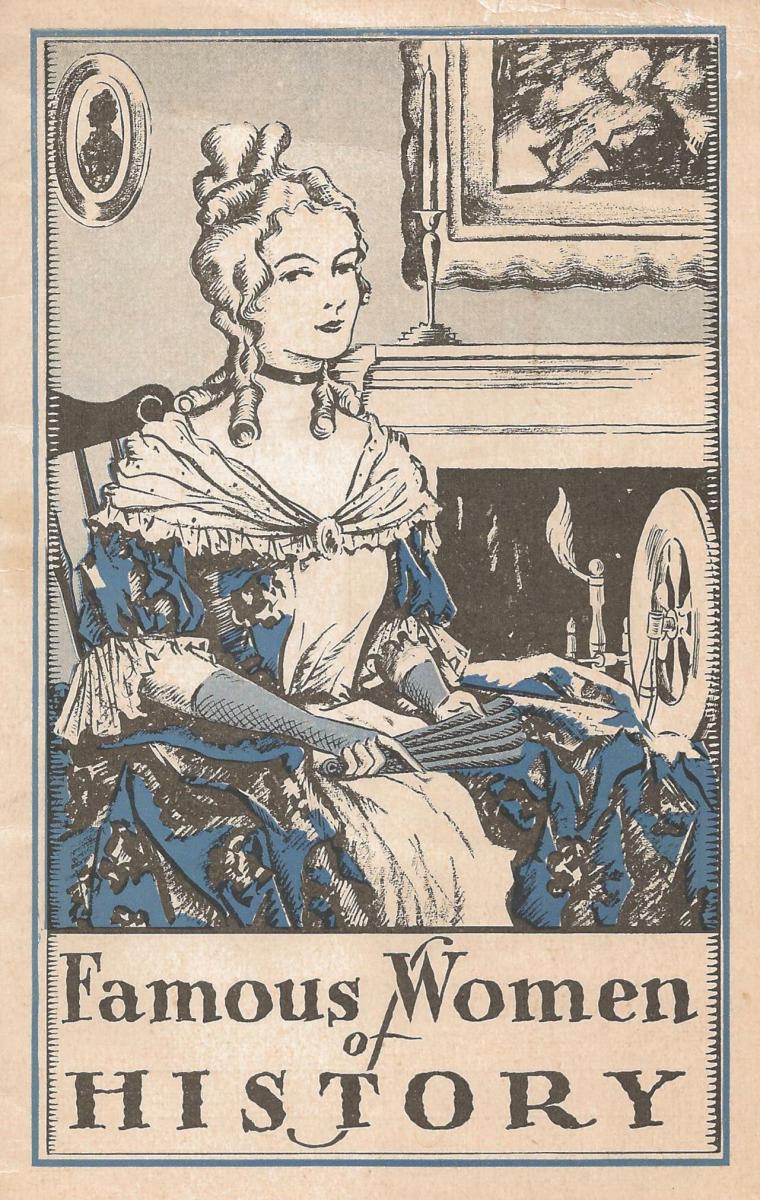 Lydia herself received thousands of letters from women every year, and each letter received a personal answer.

But there were secrets about Lydia Pinkham and her business empire. The most incredible secret was that by the time Lydia’s products became famous nation-wide, she had been dead for decades. 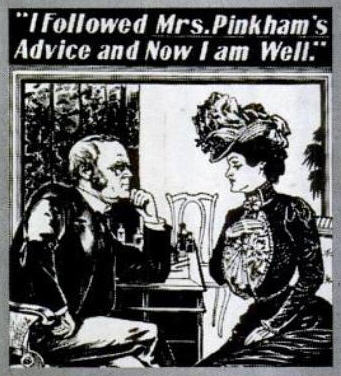 And those reply letters written to women asking for help with a health problem—they were not written by Lydia Pinkham. Instead, they were written by employees, copied from proscribed templates, and they always included a recommendation to buy more Lydia Pinkham products.

When Congress passed the Pure Food and Drug Act in 1906, the company was forced to disclose the contents of Lydia Pinkham’s Vegetable Compound in clear terms on their labels. For the first time, women—including members of the Women’s Christian Temperance Union—discovered that their favorite tonic contained a high level of alcohol.

The new government requirements also forced the company to curtail its previous advertising claims that it could, among other things, cure “all weaknesses of the generative organs” and that it was “the greatest remedy in the world” for diseases of the kidneys.

Thanks to the company’s inventive advertising, Lydia Pinkham’s products saw strong sales throughout World War I, Prohibition (despite the tonic’s alcohol content),  the 1930s and 1940s. In fact, Lydia Pinkham’s Vegetable Compound is still sold today in major drug stores and online sites like Amazon. And just as previous generations of women used to write letters extolling the virtues of the products, today’s customers post reviews of Lydia Pinkham’s Vegetable Compound on the Internet, demonstrating, once gain, that the company remains as adaptive as ever.