In her books Isabella Alden often mentioned the works of other authors she read and admired.

One such example was in Isabella’s book, Links in Rebecca’s Life. In that story, newly-married Rebecca Edwards was settling into her new life in the home of her very critical mother-in-law.

At breakfast one morning, Mrs. Edwards criticized Rebecca for drin 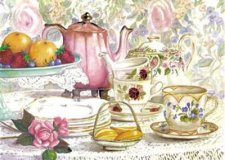 king coffee that was too hot, in Mrs. Edwards’ opinion.

“I wonder at you, Rebecca, for drinking your coffee so hot; it is very bad for the teeth.”

Rebecca laughed in her old gleeful way, and replied:

“I am like ‘Fred and Maria and Me,’ I like my coffee ‘bilin’. Frank, did you ever read that delightful book?”

“Never heard of it. What an extraordinary title! Is it good?”

“It is capital,” Rebecca had said, ignoring, as Frank did, his mother’s question.

“Do you mean the book, or the title, my son?” Then she had turned to Rebecca. “Did you say that was the title? How very singular! One would suppose the editor would have corrected so remarkable a grammatical error as that!”

And Rebecca’s eyes danced as she answered, “It is by Mrs. Dr. Prentice, you remember. She is one of our most popular authors. I suspect she wanted the grammatical part of it to appear just as it did.”

Mrs. Prentiss did, indeed. Fred and Maria and Me was written by Elizabeth Prentiss in the perspective of an elderly woman from Goshen, Maine. The heroine, Aunt Avery, made generous use of the local Maine dialect.

Throughout the story, Mrs. Prentiss’s characters used words like “t’wasn’t,” “your’n,” “p’inted” (instead of “pointed”), and other grammatically incorrect terms that would have made prim Mrs. Edwards swoon.

Originally, Fred and Maria and Me was published as a serial in Hours at Home: A Popular Monthly of Instruction and Recreation in 1865. When Elizabeth Prentiss first saw her story in the magazine, she wasn’t happy: 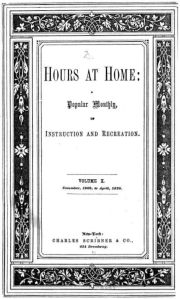 ust got hold of the Hours at Home. I read my article and was disgusted with it. My pride fell below zero, and I wish it would stay there.”

But the reading public disagreed. Reviewers praised the story and declared Aunt Avery was “a very quaint and interesting type of New England religious character.”

Elizabeth Prentiss soon changed her mind about the story.

“Poor old Aunt Avery! She doesn’t know what to make of it that folks make so much of her and has to keep wiping her spectacles.”

The popularity of Fred and Maria and Me may have surprised Elizabeth Prentiss, but not the publishing industry. The story’s “quaintness, simplicity, and truthfulness” created such a demand that it was published as a book in 1867 to great acclaim. A second printing appeared in 1872, six years before Isabella wrote Links in Rebecca’s Life.

She was also a talented poetess and penned lyrics for beloved hymns, including “More Love to Thee, O Christ.”

You can read Elizabeth Prentiss’s delightful book, Fred and Maria and Me and discover why Isabella Alden called it a “capital” story. Click on the book cover to begin reading now. 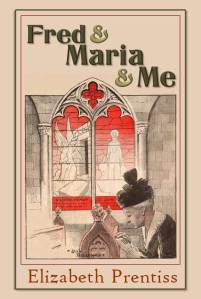 Would you like to know more about Elizabeth Prentiss? Click here to read a very nice biography of her life and works.

Click on the link below to listen to her hymn, “More Love to Thee, O Christ”:

Follow this link to find out more about Links in Rebecca’s Life by Isabella Alden.