“Girls, don’t you think our church is just dreadful?”

That’s the question Claire Benedict asked the students in her music class at Mrs. Foster’s academy. As the new music teacher in town, Claire was appalled when she saw the condition of the church for the first time.

Bare floors, faded red curtains, smoke-covered walls, cobwebs, and a table covered with dust that did duty as a pulpit—that’s what greeted Claire when she first took a seat in one of the hard, un-cushioned pews.

Claire knew the town residents were poor and had little to look forward to, but she didn’t believe that justified abandoning the care of their church.

She had seen at least the outside of several of the homes in South Plains, and nothing like the disorder and desolation which reigned here was permitted about those homes. How could Christian people think they were honoring God by meeting for his worship in a place that would have made the worst housekeeper among them blush for shame had it been her own home?

“A palace built for God!” her heart said in disdain, almost in disgust. “It isn’t a decent stopping-place for a respectable man.”

Her students agreed with her.

“Dreadful? It is just perfectly horrid! It fairly gives me the blues to go to church. Girls, mother has almost spoiled her new cashmere sweeping the church floor with it. She says she would be ashamed to have our wood-shed look as badly as that floor does. I don’t see why the trustees allow such slovenliness.”

“It is because we cannot afford to pay a decent sexton,” sighed one of the others.

“We are so awful poor! That is the cry you always hear if there is a thing said. I don’t believe we deserve a church at all.”

Claire had partially turned back to the piano, and she touched the keys softly, recalling a long-forgotten strain about “Girding on the armor,” before she produced her next startling sentence.

“Girls, let us dress up that church until it doesn’t know itself.”

If the first words had astonished them, this suggestion for a moment struck them dumb. They looked at one another, then at the resolute face of the musician. Then one of them gasped out:

“You don’t mean it!” from two dismayed voices.

“How could we do anything?” from a gentle timid one.

But the girl who had found courage to speak before, and to volunteer her opinion as to the disgraced church, sounded her reply on a different note:

From that tentative beginning, Claire and her students marshaled their wits and their resources to take on the responsibility for maintaining the church. In fact, they became the new sextons.

The Sabbath following the installation of the new sextons marked a change in the appearance of the old church. The floors had been carefully swept and cleansed.

Not a particle of dust was to be seen on that Sabbath morning anywhere about the sanctuary. From force of habit, the men carefully brushed their hats with their coat-sleeves as they took possession of them again, the service over; but the look of surprise on the faces of some over the discovery that there was nothing to brush away, was a source of amusement to a few of the watchful girls.

When they took on the project, Claire and her students wanted nothing more than a respectable and pleasant place to worship God. But their efforts resulted in changes they didn’t anticipate. Soon others joined their work group to make even more church improvements, and their minister found renewed inspiration for his sermons. People who hadn’t attended church in years began to show up on Sunday mornings, and the community took notice.

Before long, the little church in a poor area became a beacon of hope for the entire town. 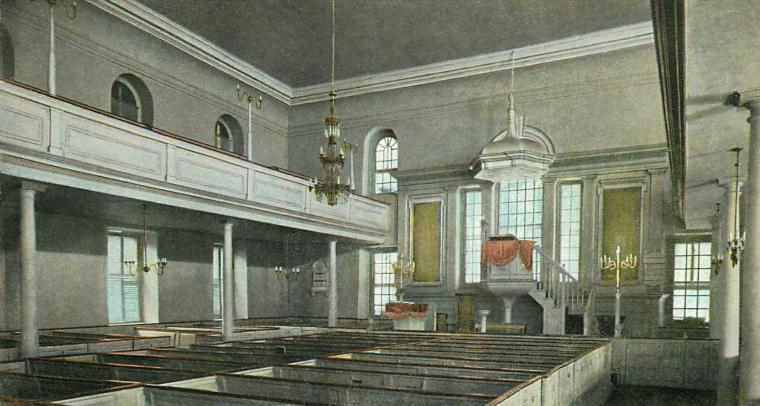 You can find out more about Claire Benedict’s story and the way God used her to change her neighbors’ hearts and souls. Click on the book cover to read more.