Aunt Hannah Adams is one of Isabella Alden’s most popular fictional characters. Aunt Hannah was a woman who loved the Lord, knew her mind, brooked no nonsense, and appreciated daily blessings. Most importantly, she knew when to give advice to others  . . . and when not to. With all her life experiences, she grew wise in her older years; but, like any wise person, she also held her tongue until the time was right to share her own special insight with others.

Here are some of Aunt Hannah’s wise thoughts and marriage advice that she shared with newlyweds John and Martha Remington:

It is best for young ones after they once fly from the home nest to set up independent of the old birds. I tried once to help two young robins. They were building a nest in the old apple tree right under my bedroom window, and they weren’t making it a bit comfortable according to my way of thinking. I watched them until I couldn’t stand it any longer. Then I hung little bunches of ravelings on the limbs in plain sight. The stubborn little things wouldn’t notice them, but kept on weaving in bits of straw and hay, as if, of course, they knew best.

One day they were both gone. I took a soft bit of wool and tucked it nicely into the nest. I thought when they once knew how warm it felt to the feet they would like it. But when that little housekeeper got back she was mad enough! She made angry sort of chirps that sounded for all the world like scolding, and he helped her along in it, like any foolish young husband. They flew around as if they were crazy, and tore that nest to pieces in no time. That taught me a lesson. I shall never meddle with any more nests. 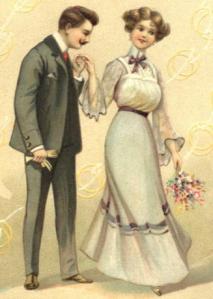 When I married Nathaniel Adams it was because I should have been a most unhappy creature if I hadn’t. I don’t pretend to understand it all, how one year I never had seen him and the next I cared more for him than anybody in the world. It’s a great mystery. I always thought the Lord sent him to me. The Bible says that a good wife is from Him, and so, of course, a good husband must be. I only know that I never got tired of him. To the last day of his life a room was always pleasanter to me if he was in it. 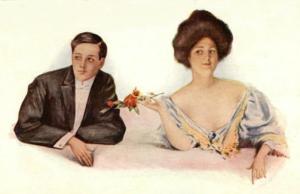 Satan is never more busy with young people than he is the first year or two of their married life. The trouble is, a young couple start out, in spite of anything that is told them, expecting to find each other perfect. Of course, they are not; and so they are both disappointed. Now, if they would be more reasonable, and believe that they will discover some faults in each other, and that they must bear and forbear, and seek the help of the Lord in it, loving each other, faults and all, Satan would not get the hold of them that he does.

If a wife would speak out frankly to her husband when something worries her, it would be far better–not in a fault-finding way–little misunderstandings could be cleared up at once, but instead of that she takes some little thing that has hurt her and broods over it and sheds oceans of tears over it, and it grows and grows, and then she puts on the face of a martyr, and her answers are all in one syllable, and her eyes have a red rim around them. Her husband doesn’t know what is the matter, or he has forgotten if he ever did know. That is oftentimes the history, I dare say, of the beginning of trouble in unhappy marriages. 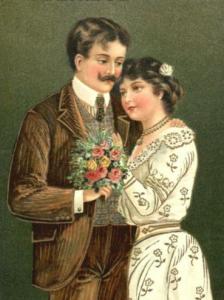 The right sort of a wife, who has a good husband, will not allow herself to worry about mere trifles–that is, if she has good sense. If she hasn’t, more’s the pity for both of ’em. When she is tempted to go distracted over some little thing about as big as the point of a pin, she will say, “Get thee behind me, Satan. You are not going to pick a quarrel this time. My husband means all right, and I shall trust him, even if he does forget some of the little attentions I’m used to.”

You know marriage is used again and again in the Scriptures as a figure of the union between Christ and the church. The marriage supper stands for the most glorious and joyful day that can ever come to us. And would He have said that a man was to leave everything and go with his wife, and that they should be one, if it was intended to be only a sort of partnership for convenience? 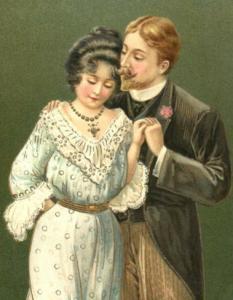 Did you notice that rose-vine at the east end of the front porch putting out new branches all over it? It will be full of roses pretty soon. That vine has been the wonder of the neighborhood for ten years. Now suppose I never watered it, or fed it with good rich earth from the woods, or dug about it, what a stunted, sickly thing it would have been! You have to take care of everything that’s worth having in this world. Love will die from neglect and abuse as quick as a rose-bush.

If there are any two in the world who should be one in principles and aims, it is those who are to spend their lives together. God meant it so. There is no happiness where a husband pulls one way and the wife another. Why should they wish to be together unless they are in harmony on what you might call the keynotes of life? It will only be one long discord. If a man and woman jar each other before marriage, a few words spoken by a minister is not going to change them.

What do you think of Aunt Hannah’s advice? What’s your favorite piece of advice from Aunt Hannah and Martha and John? What special advice has someone given you? Feel free to use the comments section to share your thoughts.